Ironic, right? I’ve been fortunate to film and produce videos about some incredible automotive photographers, and every time has been an absolute pleasure. However, I have to admit, we’re not really competitors. There is a pretty large misconception that automotive photographers are in constant competition when really the opposite is true. I'd say, for the most part, we’re one of the more welcoming and friendly bunches within car culture. I think this is true of most artists and creatives. We tend to stick together and support each other in growing our community. Whenever I get together with a fellow automotive photographer or videographer, it feels like we’re musicians collaborating on a new single. And this last photo shoot was no different.

Queue Courtney and Dustin Frisk. If you’re reading this, there’s a good chance you’ve seen @misscourtneymae’s stunning photography or pictures of @510frisk’s well-appointed Datsun on social media. Courtney is a rising star in the world of car photos, and her work has taken her across the world and allowed her to work with some significant clients. On top of that, Courtney is a downright nice person and she's incredibly encouraging of other artist’s photography. She’s the best of the best.

Dustin, similarly, is about as authentic as they come in a car guy. When asking him about his builds, he explains them in a way that shows he was looking to improve upon what was already good about the car instead of changing its character entirely. Even to a car guy like me, Dustin's knowledge was far beyond what I could keep up with. That doesn't happen very often to me, but when it does, they're typically incredible car builders. Keep an eye on him and his 510.

The Frisks are fans of a wide variety of cars and motorcycles. In talking shop with them I discovered, ironically, that Dustin decided to buy his 1972 Datsun 510 sedan while searching for a clean example of a BMW 2002, and Courtney's first car crush was a Nissan 350Z. Fast forward to today, and they have a few vintage BMWs and Datsuns, as well as a Ford and a Mazda, and something tells me that if they were in the market to add to their collection, it may not be what you expect. This is one of my favorite things about the Frisks. From time to time it feels like the majority of car culture is made up of individuals who are excessive supporters; die-hard fans of just one make or model. So much so, they could make the NFL's "Raider-nation" blush. So coming across a family that appreciates excellent form and function regardless of manufacturer is a breath of fresh air. We all have our preferences, and rightly so, but there’s something special about seeing enthusiast cars from different walks of life under the same roof.

My first introduction to Courtney was about 2 years ago on social media, when she approached me asking if CAtuned could use some of my photography on it’s Instagram. At this point, I had just started to take photography seriously and I was flattered and excited about the opportunity to share my work with more people. Since then, I communicated with Courtney and Dustin on occasion, but never had the chance to meet them. When we finally got the opportunity to meet and shoot together, I knew I couldn’t pass it up.

As I pulled up to Courtney and Dustin’s home, I was greeted by a familiar sight. The pearl of BMW's "Chamonix" white beamed in the driveway, making it easy to tell I was at the right place. I didn’t need Waze for this one.

Right off the bat, I could tell that Courtney and Dustin were as welcoming as they are talented. They were excited to work together and I could already tell that this was going to be a fun day. We got to know one another and talked shop for a bit before getting down to business about which cars to shoot. As for what’s in Dustin and Courtney’s garage, they have curated a nice collection of vehicles over the years. Dustin’s best-known build is his navy blue 1972 Datsun 510 sedan with a KA swap. Not to be outdone, Courtney has a meticulously kept 1973 Datsun 240Z in 918 Orange. They have a right-hand drive 1972 BMW 2002 Touring, a Datsun 510 wagon, and 3 other vintage BMWs in various build phases. I immediately thought I didn’t want to shoot the two cleanest Datsuns because that felt like the obvious choice. The more I looked around, I found I was keenly interested in the relationship between the 2002 Touring and the 510.

One thing does seem certain... They like cars that have numbers for names.

Datsun produced the 510 in the late sixties and early seventies as a 4-cylinder, RWD sports car, available in both 2 and 4 door configurations. Meanwhile, the 2002 was produced in the same years, also 4-cylinder, RWD sports car, although only available in 2 doors. The original spec sheets for these two cars aren’t terribly different if you cover up the retail price, and it’s impossible to dismiss that the two cars carry a similar aesthetic. To this day, some refer to the Datsun 510 as the “poor man’s BMW.” They are so similar, and yet so different, I wanted to explore how the two get along on the road. Would they act like old friends, or just competitors?

Courtney and Dustin decided to show me around some popular driving roads in the Santa Cruz Mountains, about 30 minutes west of San Jose. We drove some incredible roads that folded through the mountains, and I was blown away at the scenery. The trees towered so closely to the road in ways I hadn’t seen before, and I loved how the dark green shades played so well with the freshly cleaned cars. The Bay Area has its own unique climate that makes car culture unique there as well. It was also refreshingly different from the Southern California backdrop that dominates so many automotive Instagram pages. We wound in and out of the trees, as I hopped back and forth between riding in the 2002 and the 510 so I could get to know the cars better as well as get to know Dustin and Courtney better.  It was like reconnecting with old friends. We live worlds apart, but leave it to the internet and great cars to bring people together. We goofed around and laughed a lot, and had such a good time that I got a bit distracted. I came home with less footage than usual, but the experience as a whole was incredible.

Dustin bought the 510 with a KA swap. Funny enough, he had been looking for a 2002 but came across the 510 and bought it instead. He has since spent a lot of time perfecting the suspension, performance, and overall build. Instead of trying to make up for the 510’s weak points, he has focused on what is great about the 510 chassis and improved it. He has put significant effort into improving every part of the Datsun’s setup and has created a high-performance resto-mod that’s worthy of the warm reception it gets on social media.

BMW 2002 Touring models weren’t actually made to be sold in the states, making it a rare piece. This particular example is a right-hand drive that had most recently been imported from Spain and still wears the Spanish plates on for a true European feel. Courtney and Dustin had spotted the car at a few events over the years and had grown an affection for the car over time before they had the chance to buy it. Eventually, the opportunity did come up to purchase it and they couldn’t hold back. Since then, they’ve made minimal modifications. It’s an incredibly tasteful, period-correct piece of ultimate driving machine.

The cars suited their personalities - Dustin preferred tackling the canyon at full tilt, while Courtney enjoyed spirited driving but didn’t push the limits too far. Both cars were complete joys to drive in such different ways.

At one point we returned to a spot I had picked out earlier, a dirt road tucked away in the trees. We got some great photos and I convinced Dustin and Courtney to rally the cars a bit on the dirt road for the sake of a few laughs and called it a night.

Putting the personalities to this couple I’d seen on social media was a surprisingly cool experience. There is so much more to the car community than we realize. After connecting on social media and actually becoming real friends over the course of a few years, it renewed my faith in the kindness of the automotive enthusiast community. There are plenty of keyboard warriors out there that spread a lot of hate in the comments section, but social media can be better than that. It can be a place where real friendships are born. Even if people think you’re competitors, being friends is a lot more fun. 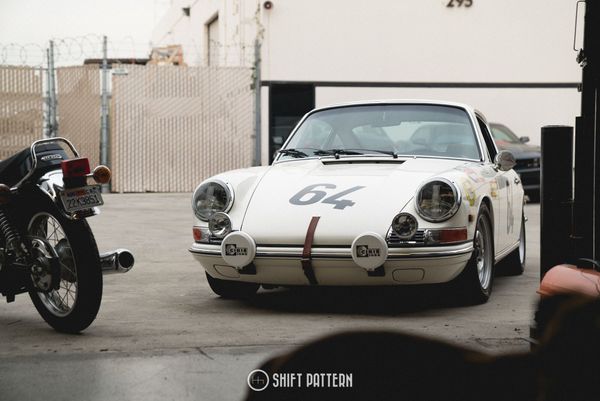 Of all the Cars & Coffee’s on the map these days, there’s one that seems to be the best kept secret. A few months back I had the opportunity to attend it, and I found myself surrounded by a relaxed and comfortable crowd. It was Malibu C& 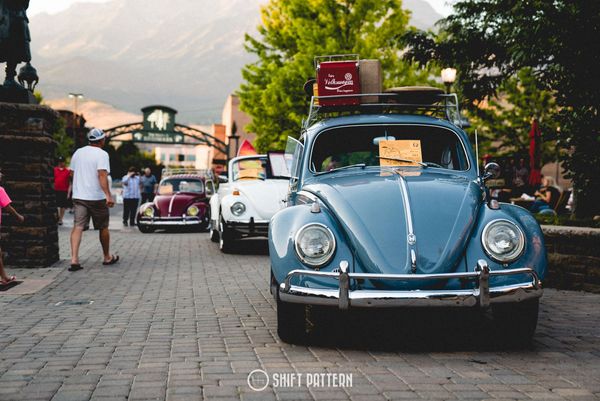 When I hear the term "car show",  I instantly associate it with American muscle cars and lawn chairs. Not that there's anything wrong with that, but it is certainly what I've come to expect. Occasionally, I'll be pleasantly surprised by a small well put together events much like this one.